On June 19, 2018, the government carried out an operation to destroy the barricades and roadblocks that had been erected by protesters as an expression of their opposition to the government’s actions, and as a means of defending themselves against new attacks by the police and paramilitary forces. This day, at approximately 9:00 in the morning, Marvin de los Santos López was at the second barricade near the entrance to Masaya, across from the Verdi restaurant. Paramilitary and police forces had torn down the barricades near El Coyotepe, which allowed them to reach the San Jerónimo traffic circle. Snipers were positioned on top of the San Jerónimo statue, leaving the second barricade more exposed. López was hit by a gunshot to his face. His son Kevin dragged him to an alley, and he was later taken by motorcycle to a medical post in the Fox neighborhood, where he died. 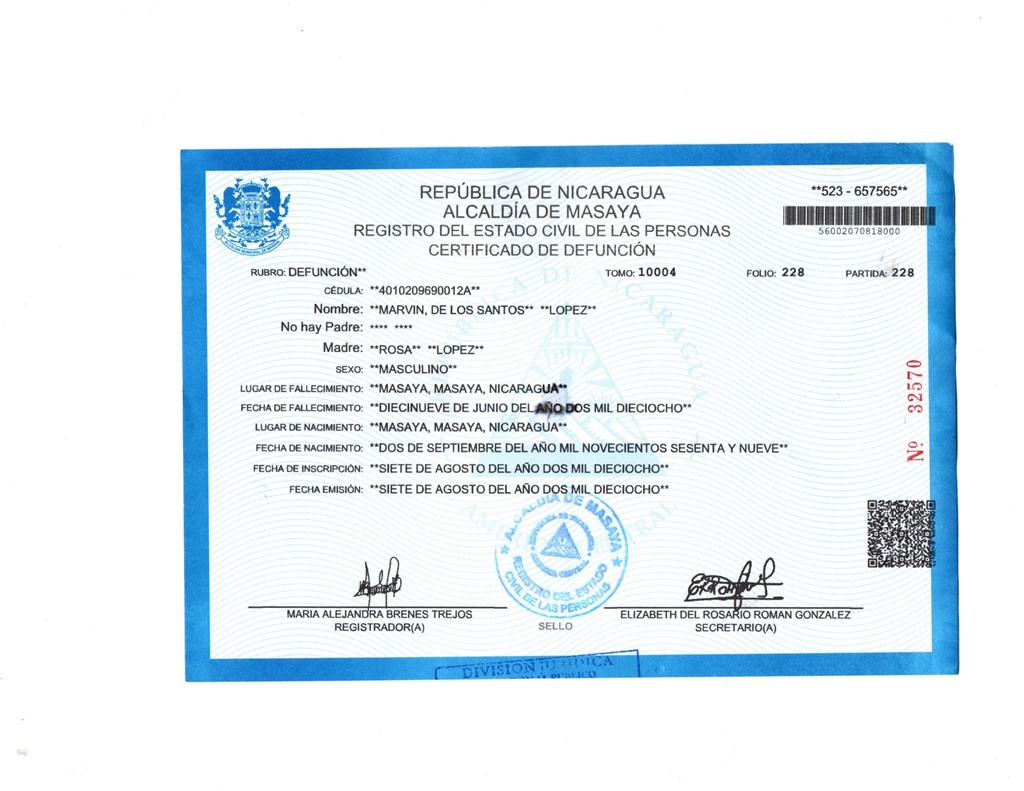