At around 4 o’clock on the morning on June 29, 2018, Wilber Antonio Jarquín was guarding a barricade one block east of Los Billares in the Sutiaba neighborhood when police agents and groups of government sympathizers on motorcycles shot at the protesters with weapons of war.  Jarquín received multiple shots to the chest.  His body remained splayed out on the street for another two hours until his relatives could retrieve it.  He had eight bullet wounds to the thorax, according to his family.  Some 20 days earlier he had received death threats from members of the neighborhood pro-government CPC. 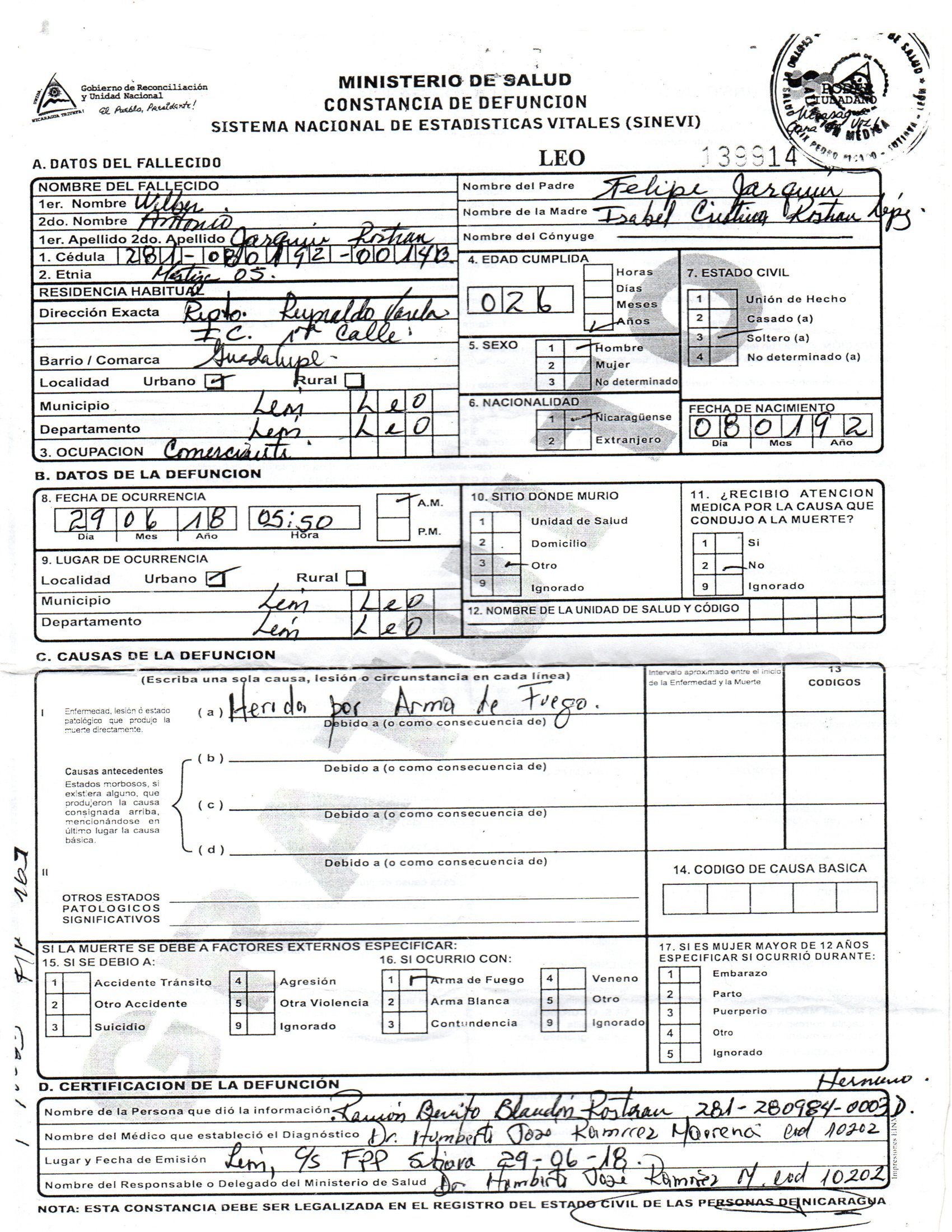