On June 4th 2018 at around three in the afternoon, Salvador de Jesús Arévalo Martínez had taken water to people protesting against the government in the area near AGRICORP, where protestors had built a barricade.  A white Hilux pickup truck, property of the Municipal Government, arrived. Salvador said, “He who is not guilty has no fear,” and he stood up. Someone in the Hilux shot him twice. He was wounded and taken to the Yolanda Mayorga Hospital of Tipitapa, and from there to the Carlos Marx Hospital where he died. His family is convinced that he died because he did not receive the emergency care that he needed. 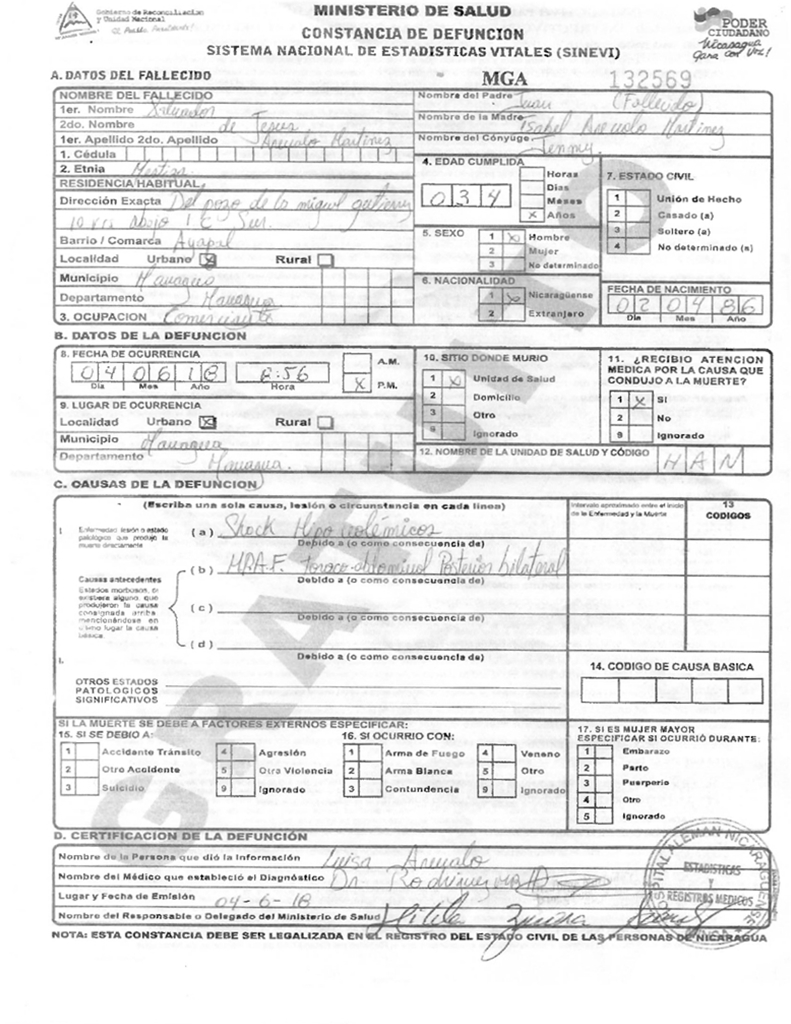