On May 30th, 2018 at about 4:30 in the afternoon, Orlando Daniel Aguirre Córdoba received a gunshot in the thorax while he participated in the May 30th march honoring the Mothers of April. According to witnesses the gunshot came from a sniper. The young man was taken to the Fernando Velez Páiz Hospital by motorcycle where he died 2 hours later.

Orlandito’s family members denounced the delayed treatment and a nurse who said, “Who told him to get involved in that protest? Let him die.” When his mother got to the hospital it took the doctors one hour to tell her that her son was not in the operating room but in the morgue. Finally they explained that Orlando died of a gunshot wound to his thorax that provoked a cardiac arrest. Doña Yadira dropped to her knees and cried out, “Lord have mercy on my life, a piece of my heart has been ripped out.” 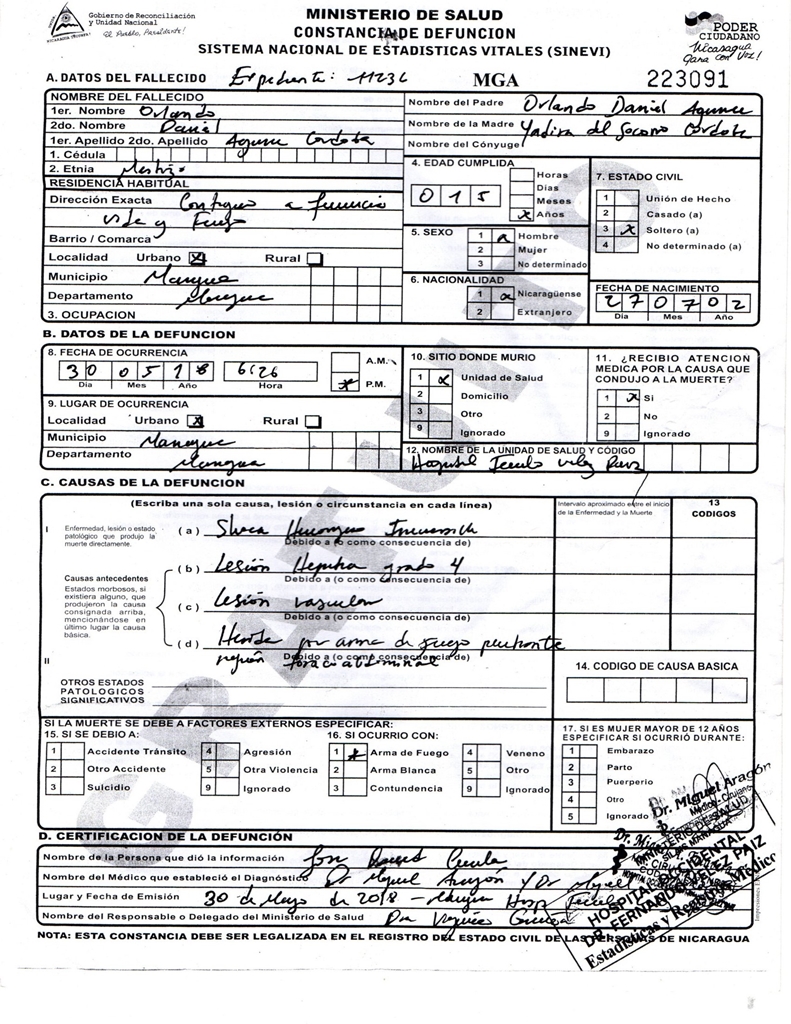 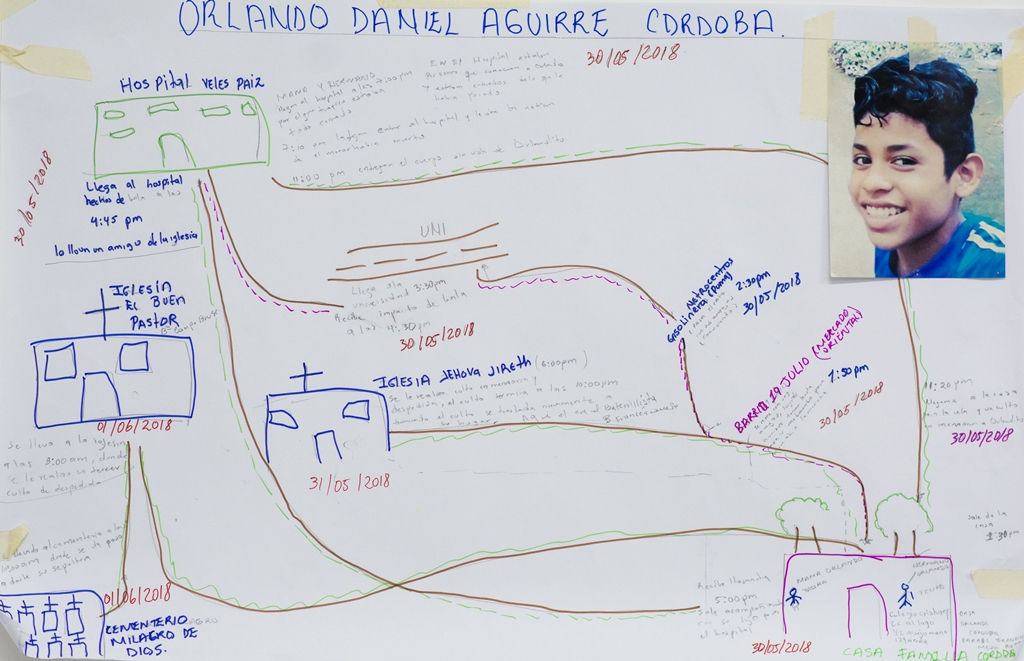