On May 30, 2018, Jonathan Eduardo Morazán Meza participated in the March in Solidarity with the Mothers of April, which occurred in Managua and was attacked by members of the police, armed attackers on motorcycles, paramilitary, and sharpshooters stationed on the roof of the Denis Martínez Stadium. At 4:40 in the afternoon, near the UNI, Morazán received a shot to the forehead fired by a sharpshooter, according to witnesses. He was taken to the Metropolitan Hospital, where the surgeon told his mother that the young man had a slim chance of living and that he was in a coma. He died at 10 o’clock in the morning of Friday, June 1. 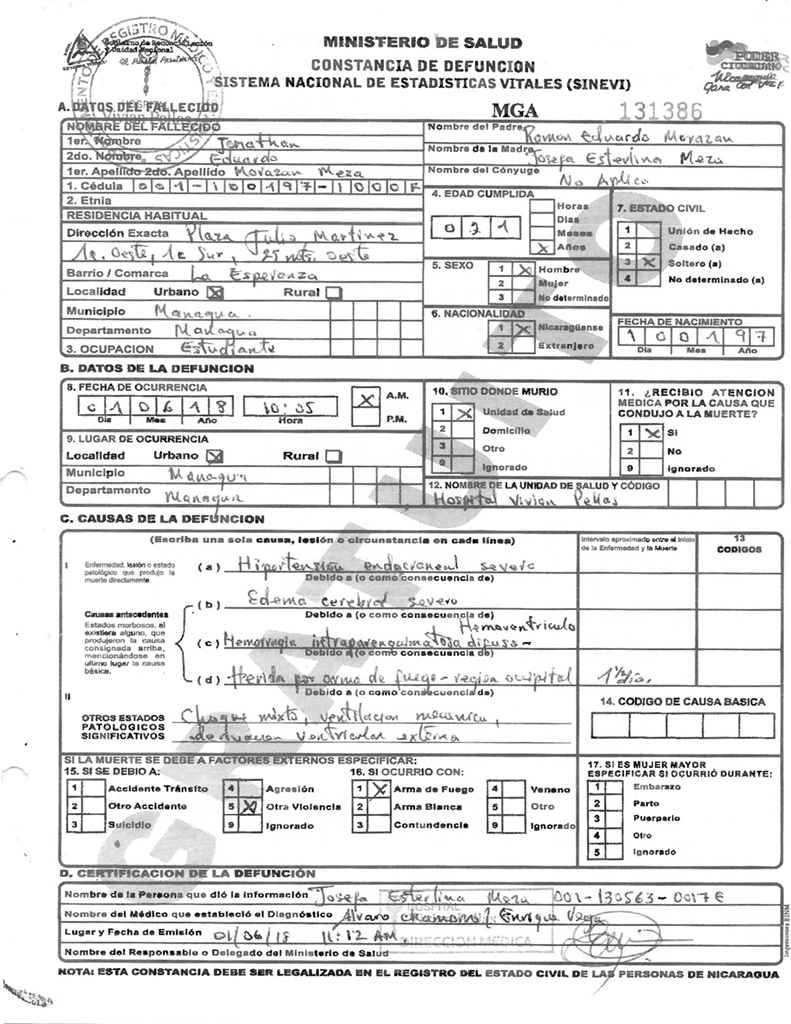 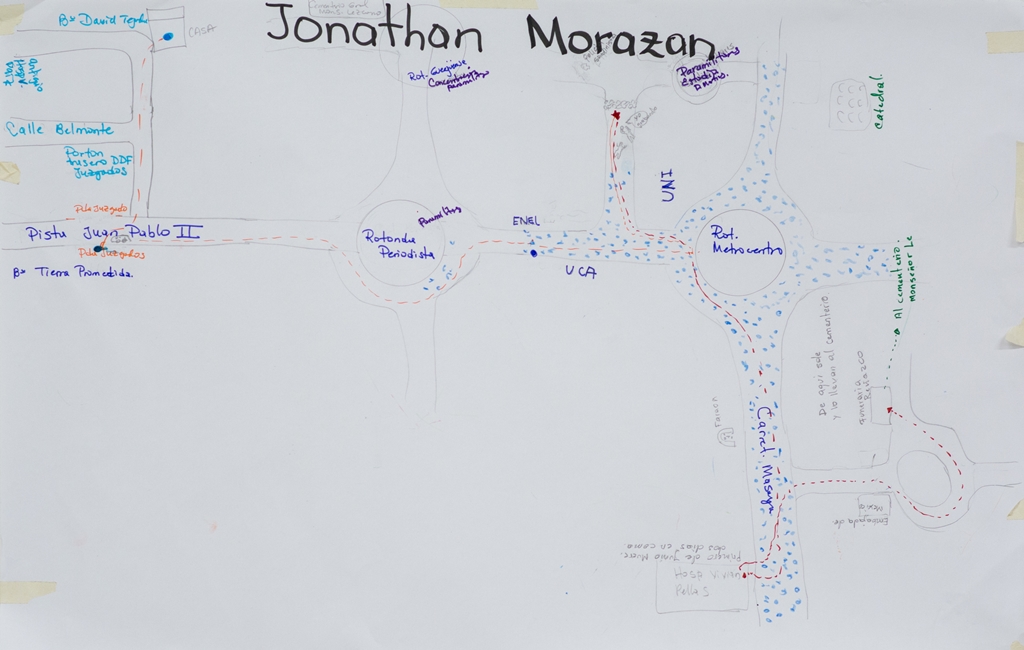