On Sunday, April 22, 2018, Ismael Josué Pérez Vílchez (and/or Pérez López) joined groups of civilian residents early on that tried to prevent the looting of the PALI Supermarket in La Fuente Neighborhood, while repudiating the assaults by Sandinista mobs on several commercial establishments. A group of police surrounded the locale and opened fire against the civilians, including Ismael, who was hit in the right cheek by a projectile that destroyed his face. Residents took him to the Roberto Calderón Hospital, where he died at 10:40 in the morning. In order to obtain the body, the family was forced to sign a commitment to not file charges against the National Police for the murder. 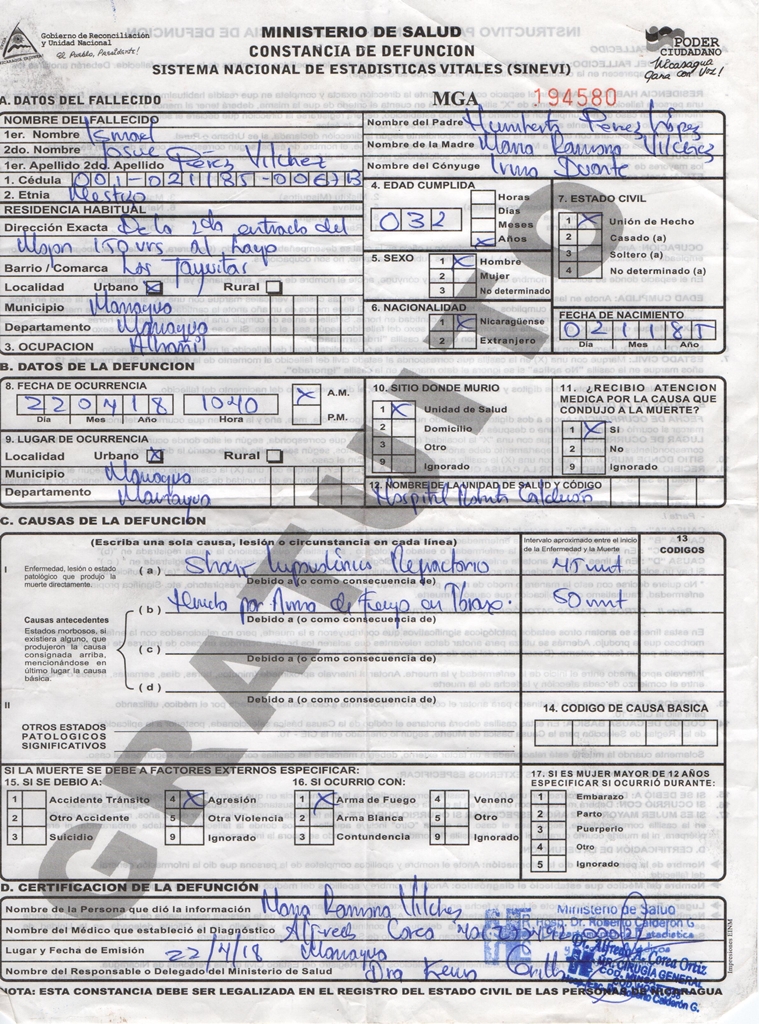 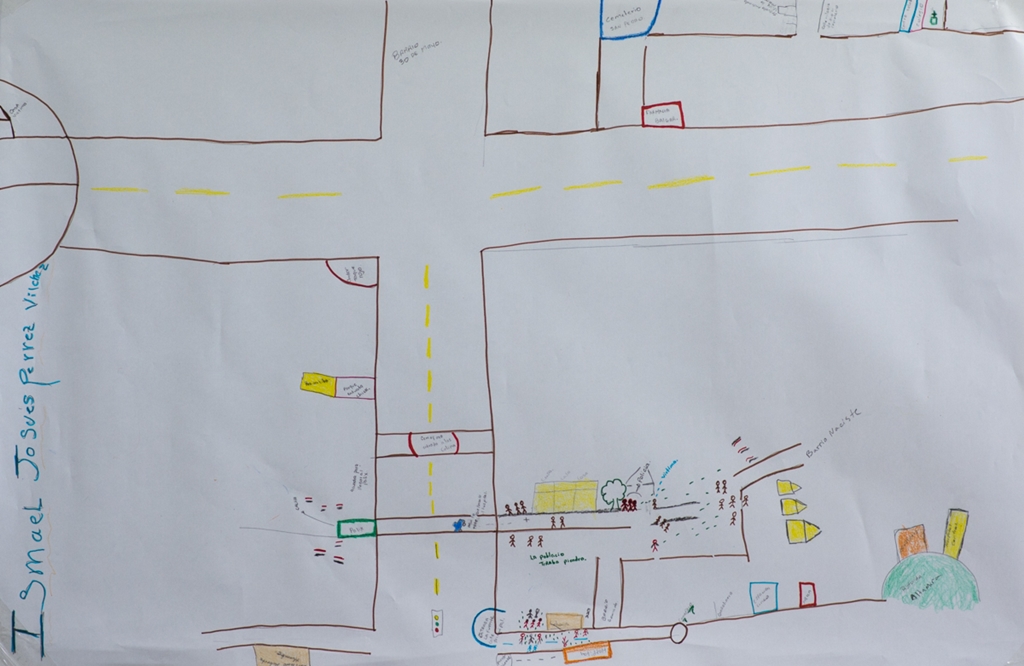