On April 20, 2018, during the governmental attack of the independent protest march in Estelí, Franco Valdivia documented the aggression via video and sent it out on social media.  Between 8:30 and 8:40 that night, he was killed instantly by a shot to the head.  Amidst frenzied shouts, the killers dragged his body, staining the porch of the Municipal Government building with his blood. 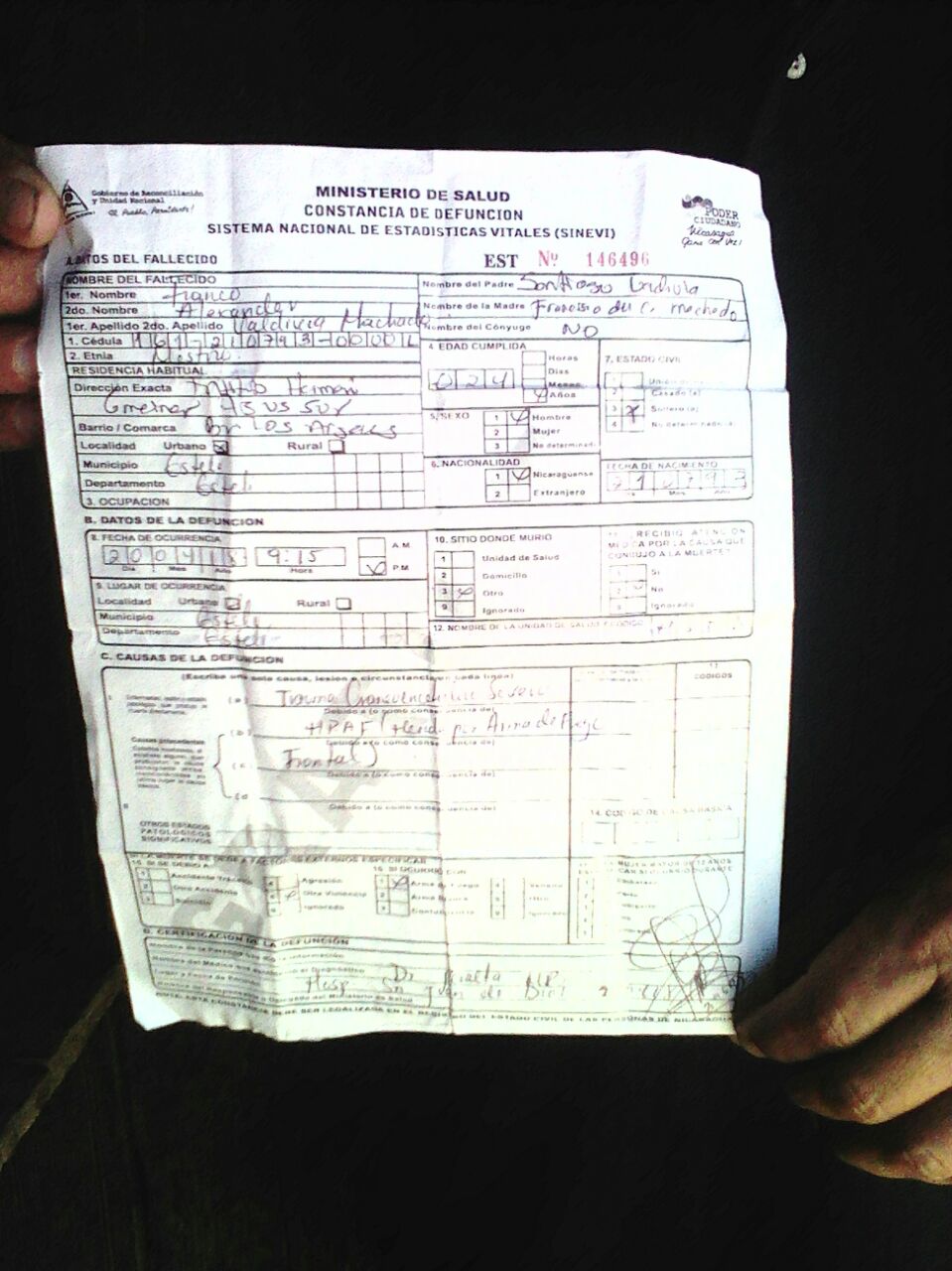 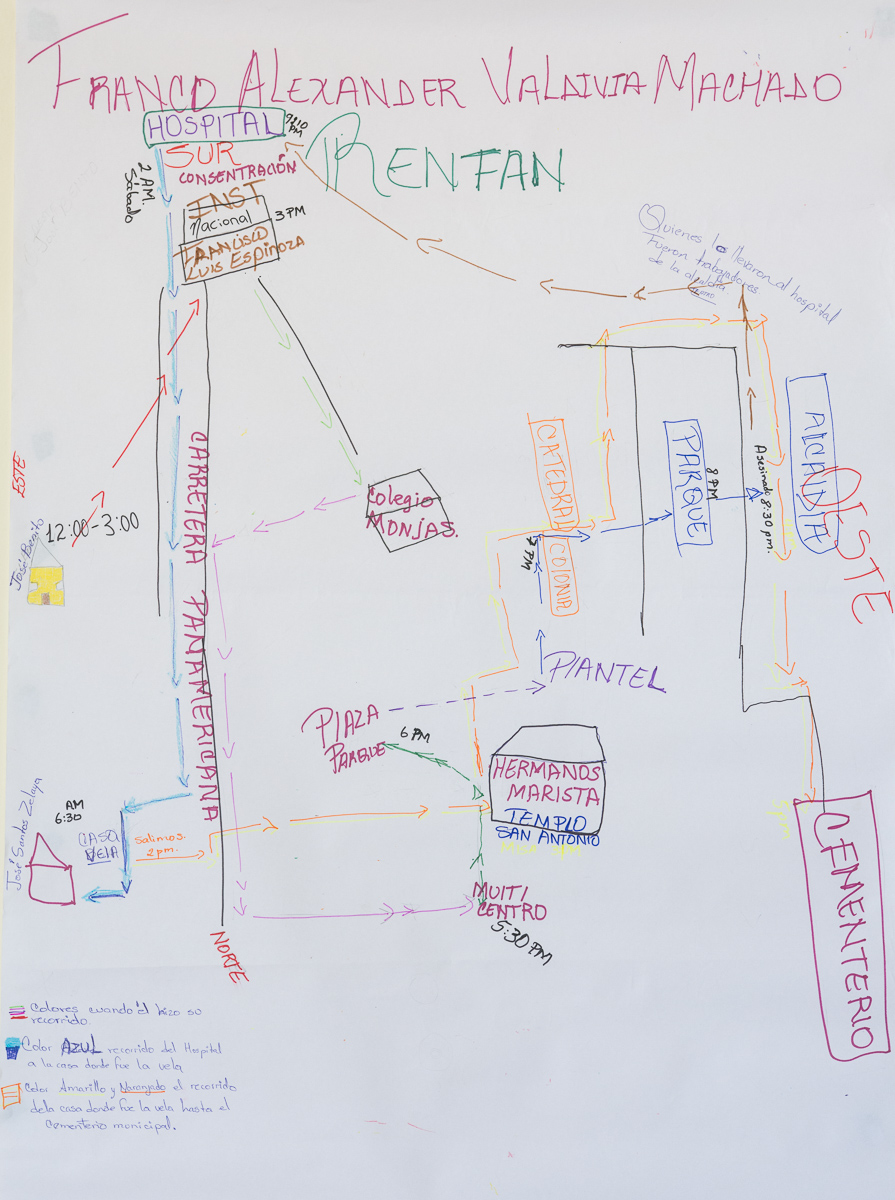