Francisco Javier Reyes Zapata had participated in the march on May 30 in Managua, in solidarity with the Mothers of April. Around five o’clock in the afternoon, minutes before the march concluded, he was hit by a projectile from a firearm shot by government forces, presumably snipers stationed on the roof of the new National Stadium.

The young man was hit by a gunshot in the head and three in the thorax, and he was rescued in the midst of the chaos by a student known as “Colocho”, who evacuated him from there aboard his motorcycle. A team from the International Rescue Brigade transported Francisco to the Bautista Hospital, but the doctors were not able to save his life. 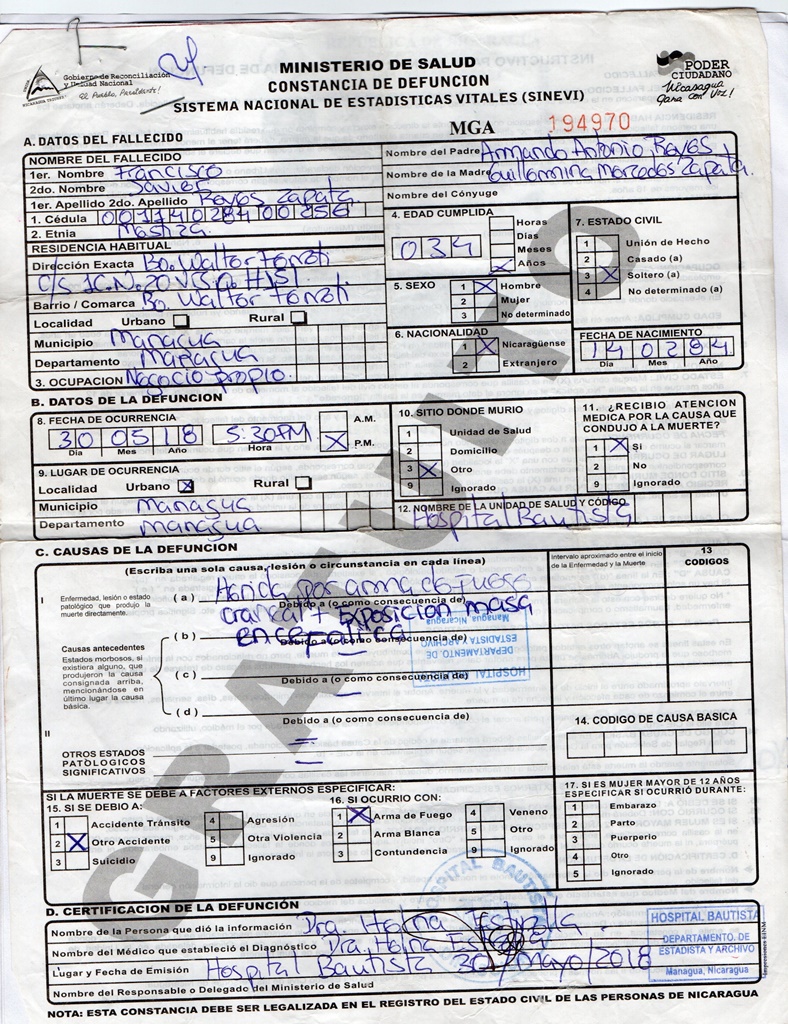 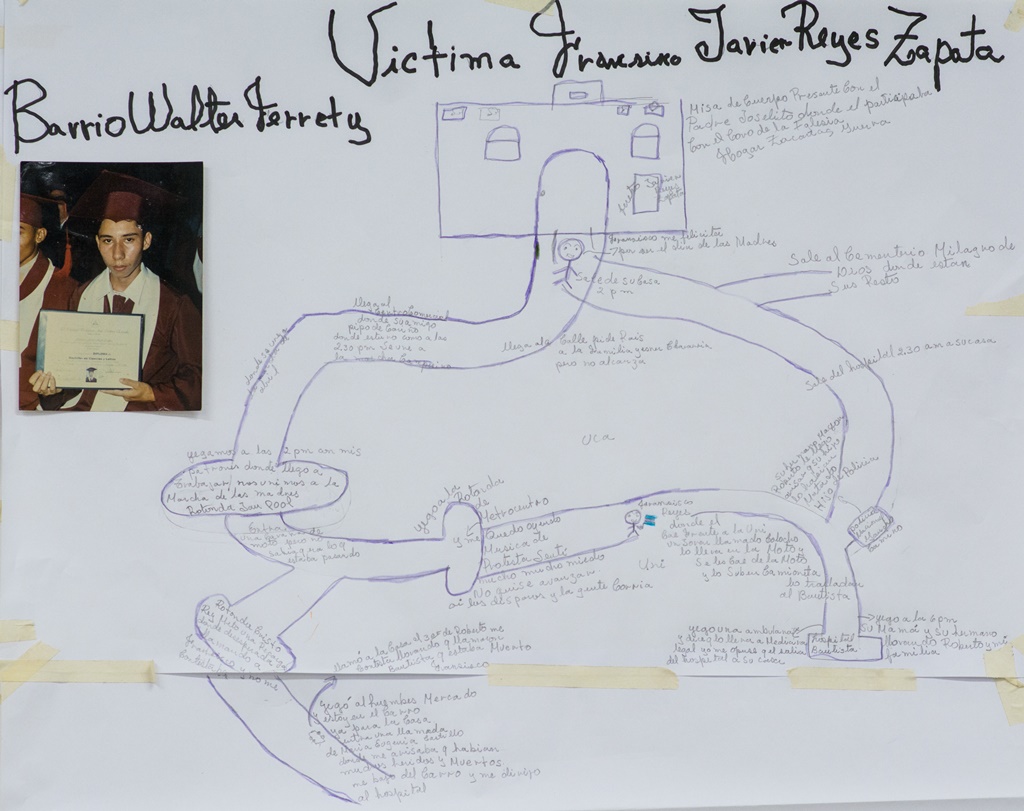