The night of June 6, paramilitaries and pro-Ortega groups launched an attack on independent protesters and members of the April 19 Movement who had been marching on the streets of Chinandega.  The same young people also erected barricades to impede access of the pick-up trucks transporting the paramilitaries.  César Oniel López Vega went to the area of the AMOCSA Clinic, where the police, pro-government groups and paramilitaries were attacking people at the barricades.  He was shot while trying to cross the street to the clinic. Even though he was gravely wounded, he was beaten and dragged to the FSLN’s local headquarters and later taken to the España Hospital, where he died.  His body showed signs of beatings and bullet wounds in the thorax, abdomen and left shoulder. 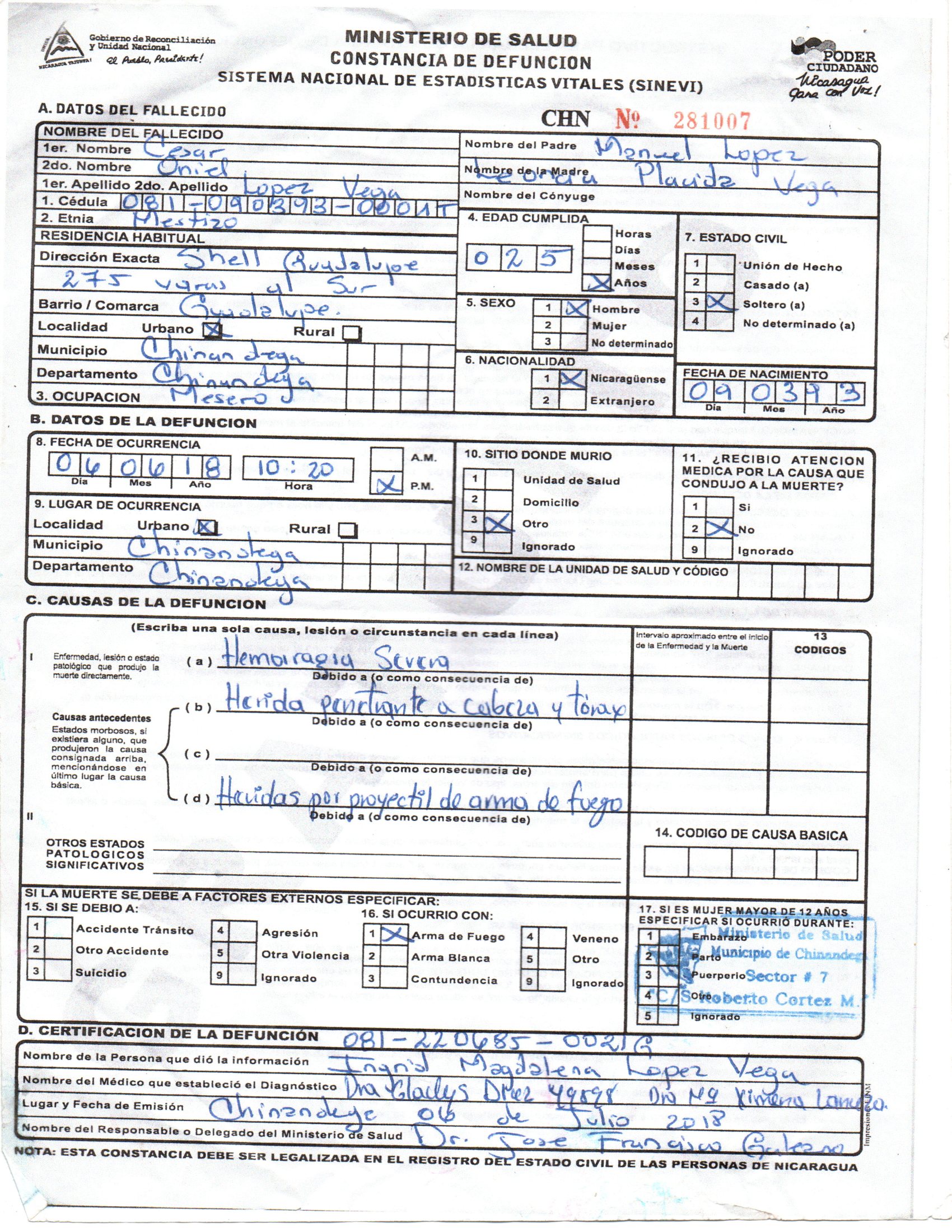 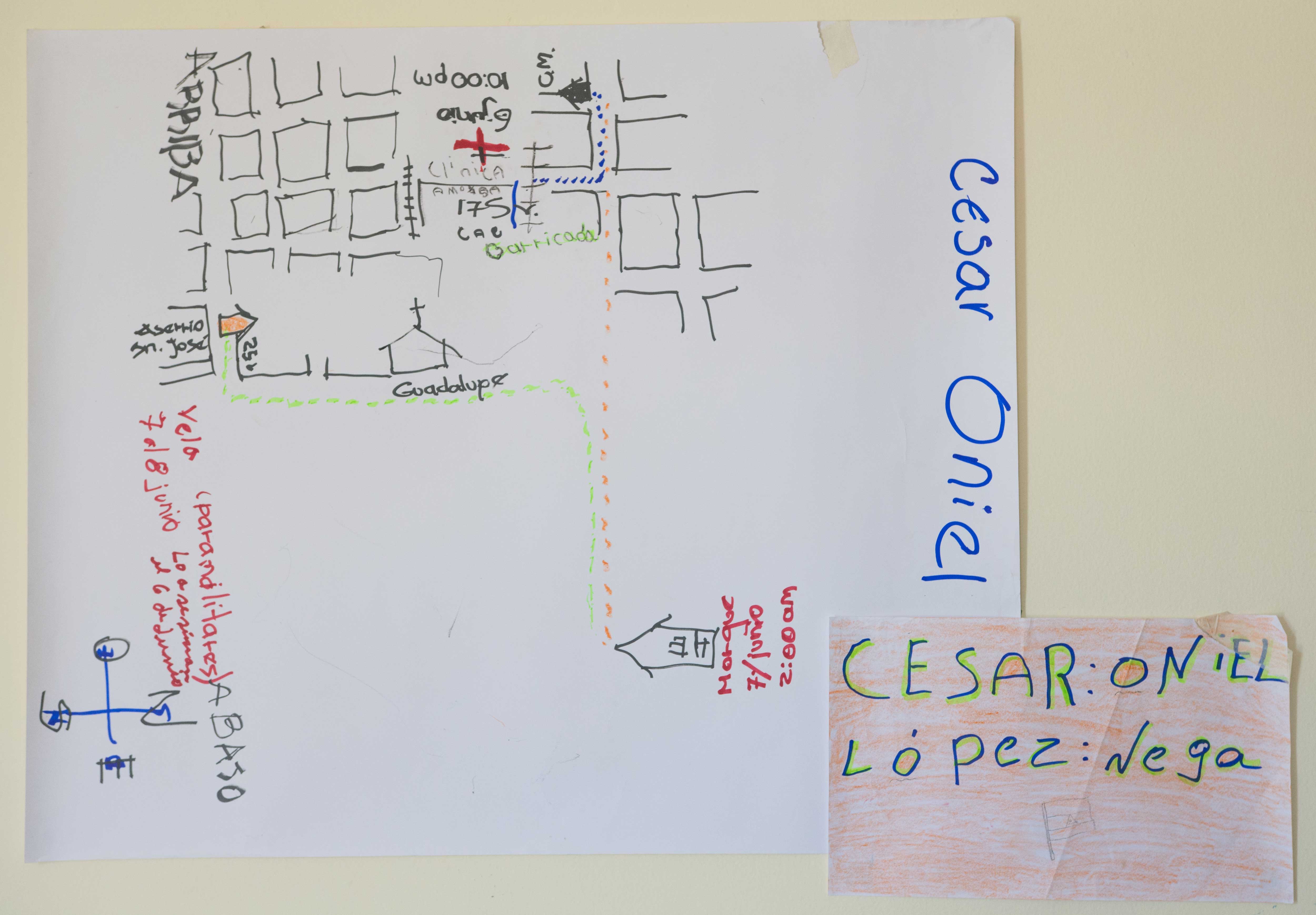