The April 20 march in Estelí was blocked at different points, which led the demonstrators to divide into groups.  Those able to advance to the area near the Central Park were ambushed by regular police, anti-riot forces and Sandinista Youth on foot and on motorcycles.  César’s mother spoke by phone with him between 8 and 8:30 and found out two hours later that he’d been wounded and was hospitalized. 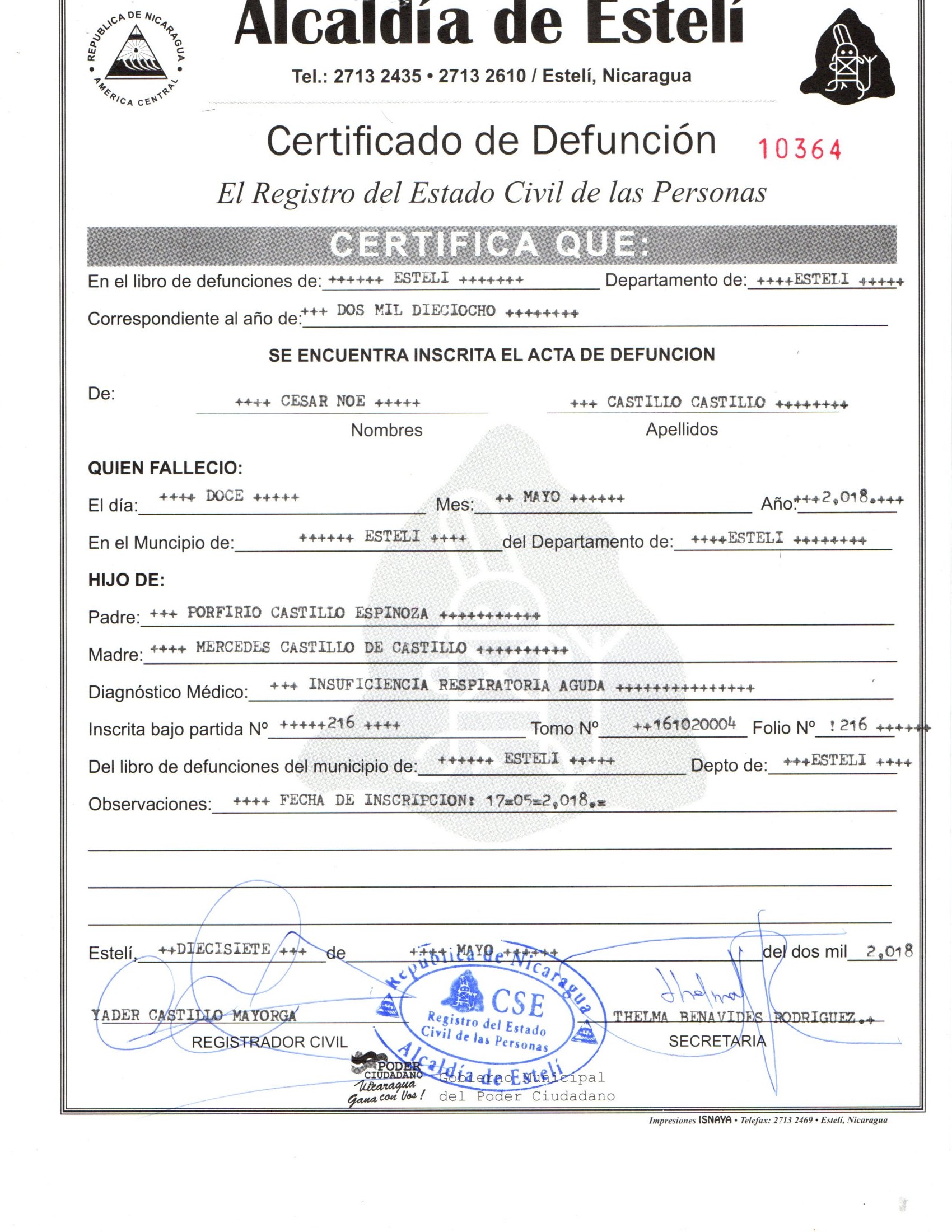