On May 30, 2018, around 9:30 p.m., Carlos Manuel Díaz left the area near Masaya’s Central Park, which had been under attack for two hours by paramilitaries and the police in an armed offensive that ended at midnight. The demonstrators had retreated. At 10:30 p.m., Diaz was in front of the Public Prosecutor’s office when he was wounded by a gunshot to his upper left chest. The demonstrators took him to the medical post at the Little Plaza of Monimbó in an ambulance, but he died shortly after arriving. 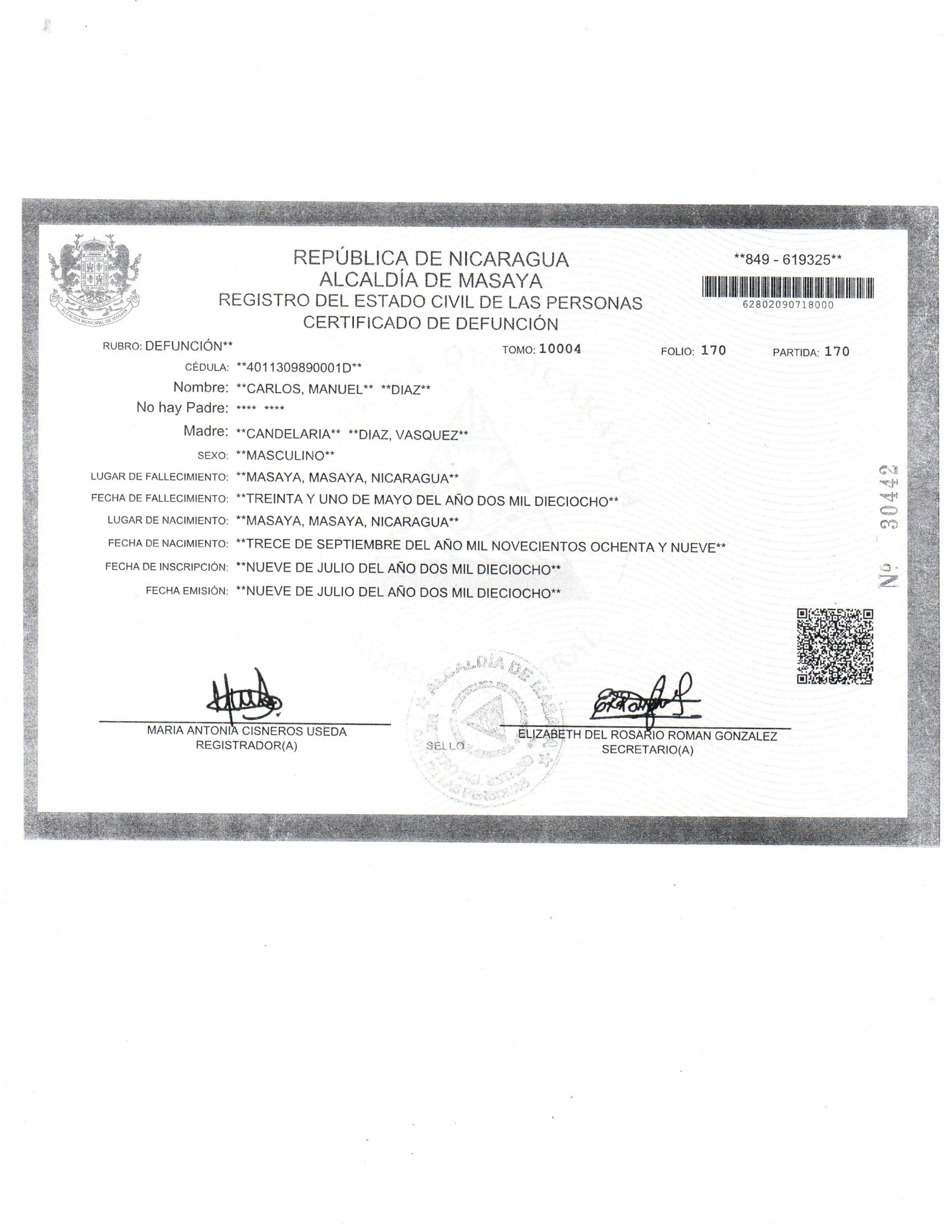