At 10:30 in the morning of April 20th, 2019, Alvaro Manuel Conrado Dávila went to the National Engineering University to distribute bags of water to the students who were protesting against proposed social security reforms.  There were police and anti-riot forces around the perimeter of the Metrocentro Mall, the Cathedral of Managua, the UCA and the UNI. Men on motorcycles drove by shooting at protestors every 15 or 30 minutes. Between 11:15am and 11:30am, Alvaro was shot in the neck from above, with the bullet perforating his internal organs.

University students helped him and too him by van to the Cruz Azul Hospital, just five minutes away from the university, but they closed their doors to him. They then went to the Bautista Hospital where doctors struggled for three and a half hours to save his life. The surgeon in charge informed the family that Alvarito bled to death. If he had received medical assistance at the first hospital, he would have lived. Since his murder the family has been harassed and threatened on multiple occasions. 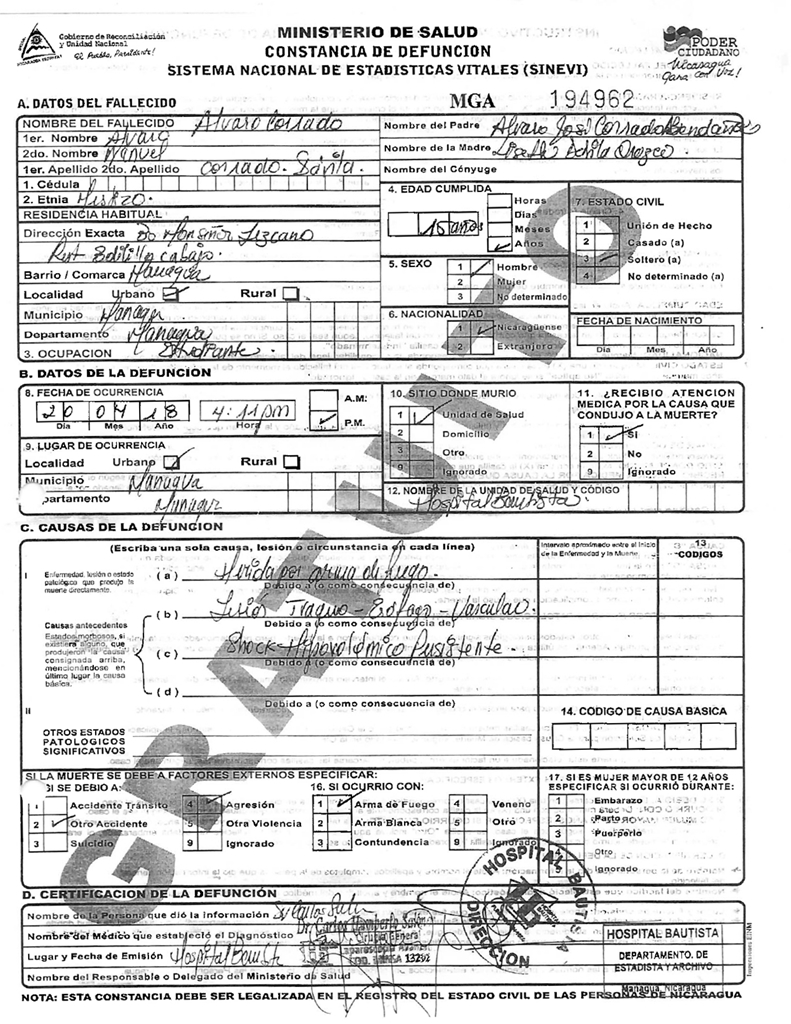 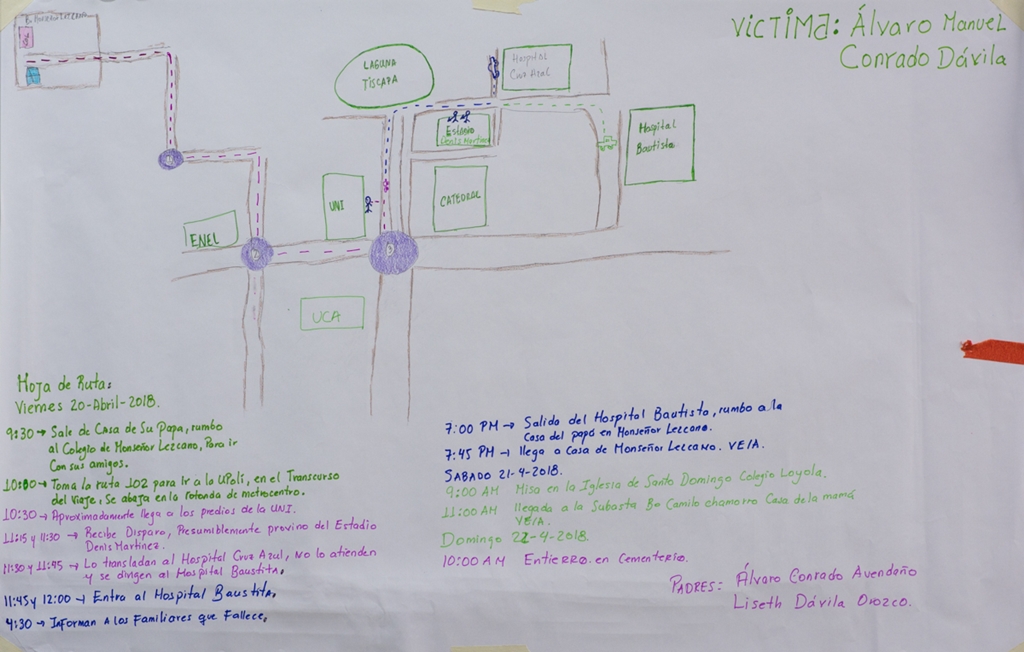