On April 21st, 2018 between 7:00-9:00pm, near the Municipal Government offices in Managua, a protest against the government took place and was repressed by police, paramilitary forces and members of the Sandinista Youth organization. Marcos Samorio Anderson was returning home on the AGROSACO company bus route, but in the area of El Zumen the paramilitary forces didn’t let the company bus through to San Judas so he got off the bus and began to walk home. A truckload of paramilitary forces started shooting at people and Marco Antonio was among those shot, receiving two gunshot wounds, one near his heart.

He received medical assistance at the Velez Páiz Hospital but he died around 10:00pm. His family did not know where he was for two days until they identified his body at the Forensic Institute. The death certificate from the Ministry of Health states, “The direct cause of death was a bullet from a firearm, massive hemorrhaging and lacerations to the lung and heart.” 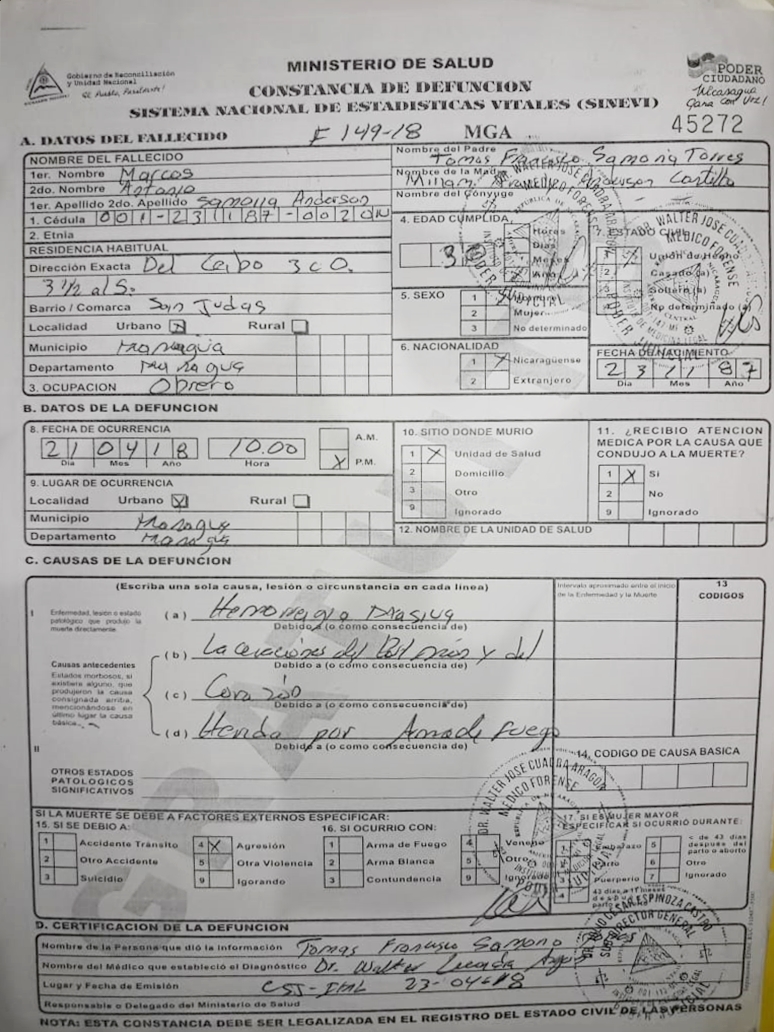 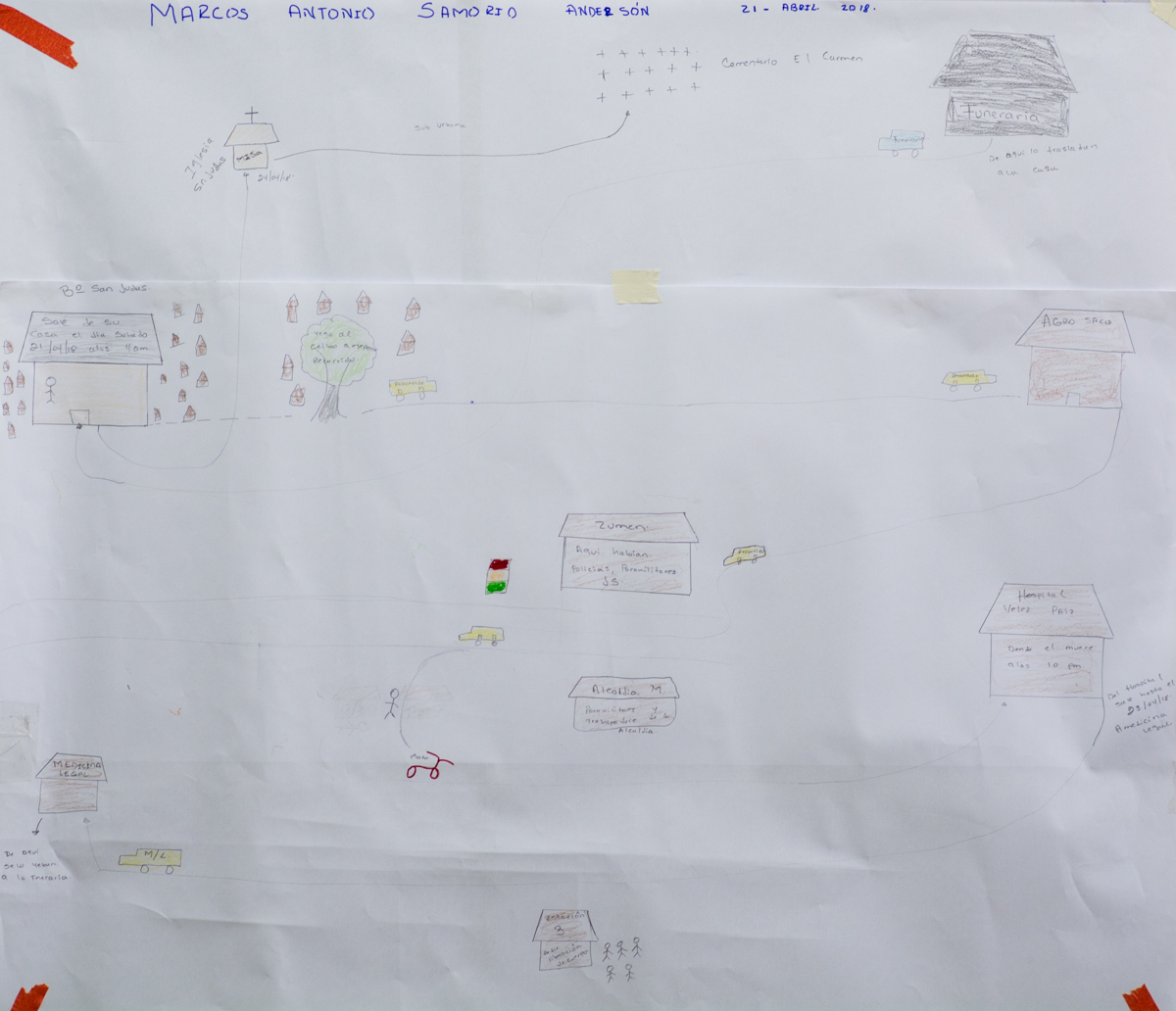