The April 20 march was blocked at different points along its route by pro-government groups, Sandinista Youth members, police officers and paramilitary forces.  After dispersing, demonstrators ran to the Central Park, where they were ambushed.  Orlando Pérez Corrales was shot twice in the thorax, which caused his death shortly afterward.  The autopsy done on May 30, supervised by a medical examiner contracted by the family, concluded that the two shots were well-aimed and that the bullets came from a “high-caliber” weapon aimed from a “higher position” (above from a building). 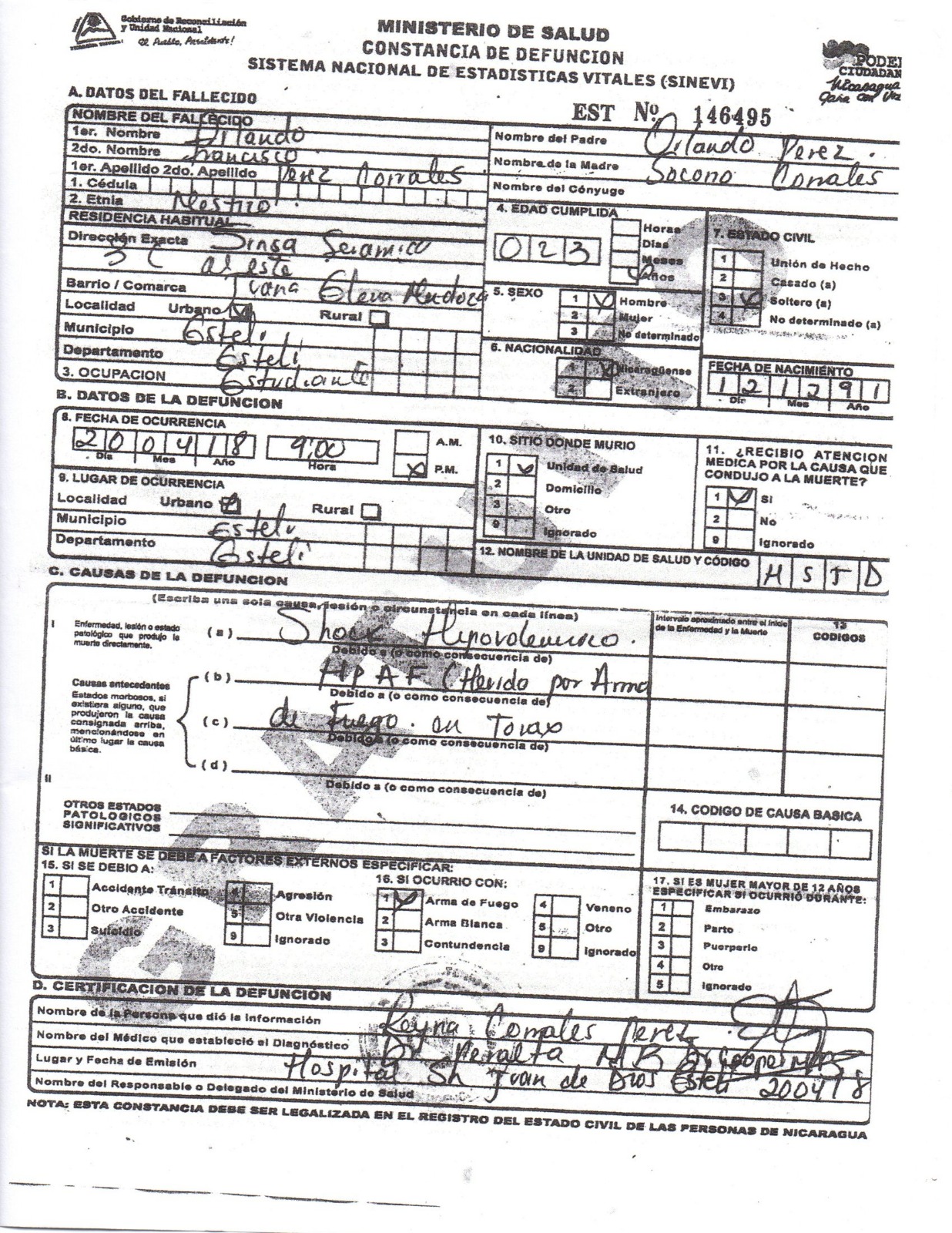