Noel Ramón Calderón Lagos went into the UPOLI on April 20, 2018, to support the university students’ protest. On May 15, at approximately 9:30pm, Iris Lagos and her husband, Humberto Parrales, went to the UPOLI to look for Noel, who told them he had a stomachache. At around 11:30pm, Humberto, Noel and his cousin Hansell went by motorcycle to look for a pharmacy without noticing that a Hilux pickup truck and a white taxi followed them. Upon returning to the UPOLI, as they drove past the area near the Don Pez restaurant next to the Pio X Church in Bello Horizonte, they were rammed by the taxi that hit them from behind and then on the side, causing them to fall off the motorcycle. The taxi signaled to the paramilitaries, who began shooting from the truck.

Hansell, terrified, escaped and ran to the UPOLI. Other students went by motorcycle to the location where Noel had been shot and brought him to the university. He was then taken to the Vivian Pellas Hospital, but he died on the way.  It was the dawn of May 16th. The doctor who prepared his body stated that he showed signs of torture 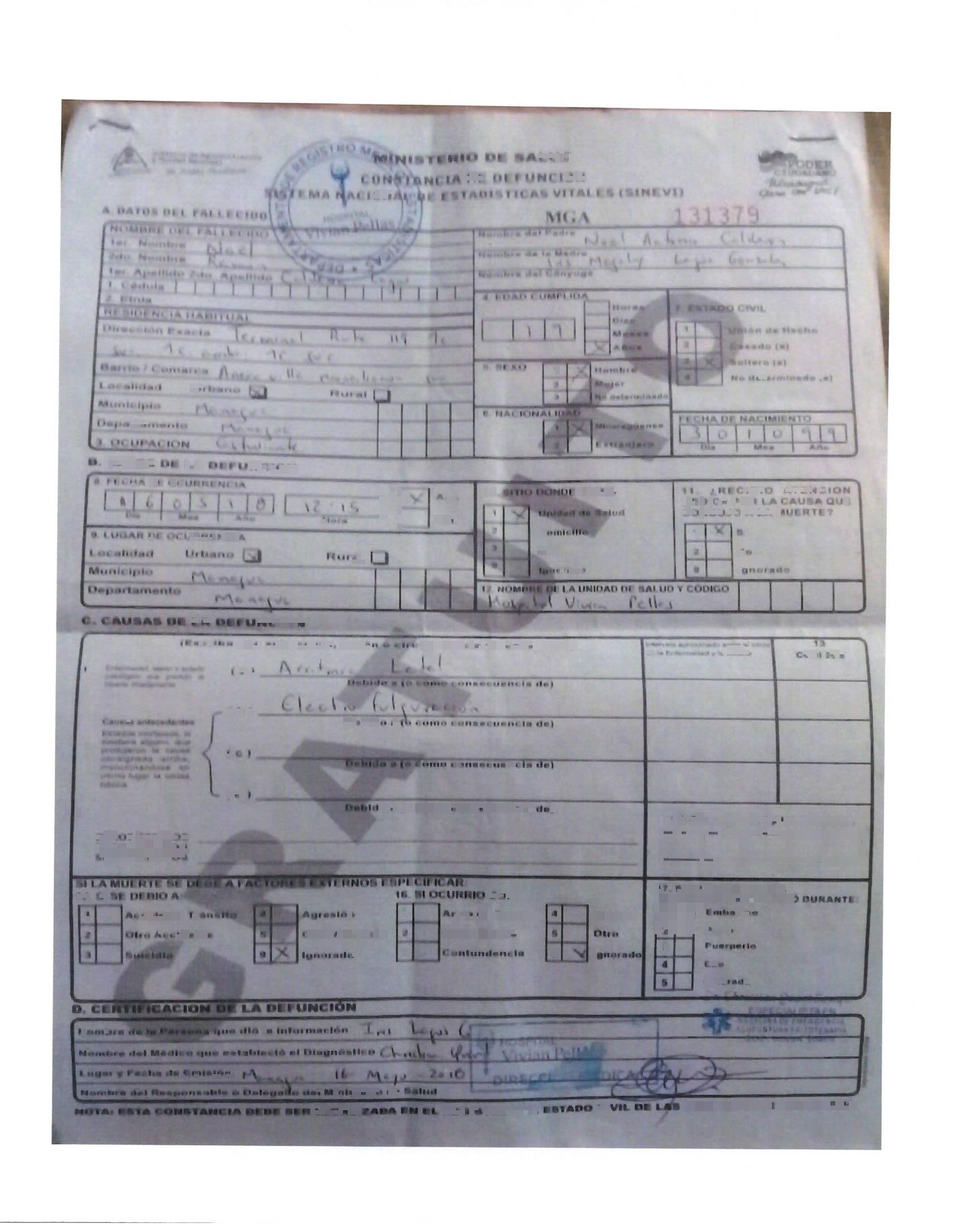